Humanity, Hope, and All of the Above

Posted on November 7, 2017 by Extraordinary Desserts 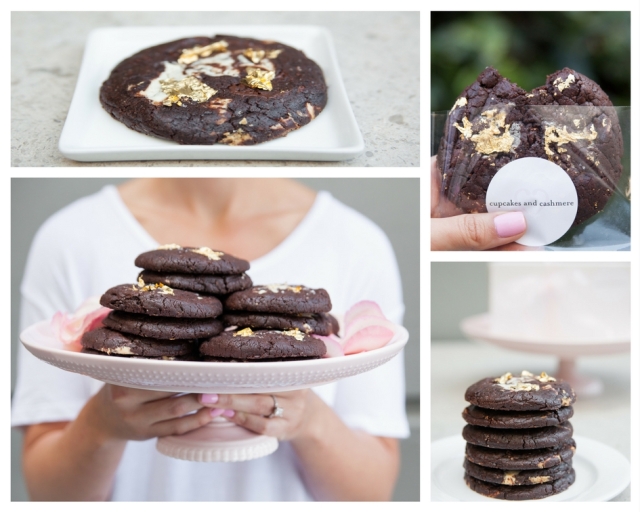 Like many people, I find it easy to feel a sense of disbelief when I turn on the news or read about recent tragedies. Whether a natural disaster or crime against humanity, it’s hard not to feel connected to the sadness. What’s important to me now, is to become involved and to help. Reaching out and supporting causes can have a significant impact on those in need.

For the past several months, I’ve been collaborating with Emily Schuman of Cupcakes and Cashmere to create a cookie for charity. I asked Emily to choose her favorite flavors and from that, the All of the Above cookie was created. It features Dark Valrhona Chocolate as the base, sweetened with chunks of Valrhona White Chocolate, balanced by the just-enough bitter caramelized cocoa nibs, a sprinkle of French sea salt and topped with festive 23 ¾ kt. edible gold leaf

Emily has built Cupcakes and Cashmere into a wildly popular multi-channel fashion, food, beauty, and interior design brand that resonates with women. At Extraordinary Desserts, we are primarily a female-run company, who cater to the tastes of women…and smart men!

Therefore, as two female business owners and mothers of daughters, it was natural that we selected the Global Fund for Women, a non-profit organization headquartered in San Francisco that advocates for gender equality, standing up for human rights of women and girls as the beneficiary. We are donating 25% of all proceeds from the sales of All of the Above cookies, which are available from now until December 31, 2017 in both Extraordinary Desserts locations and online.

Enjoy the cookies, help women in need, give back, and All of the Above.